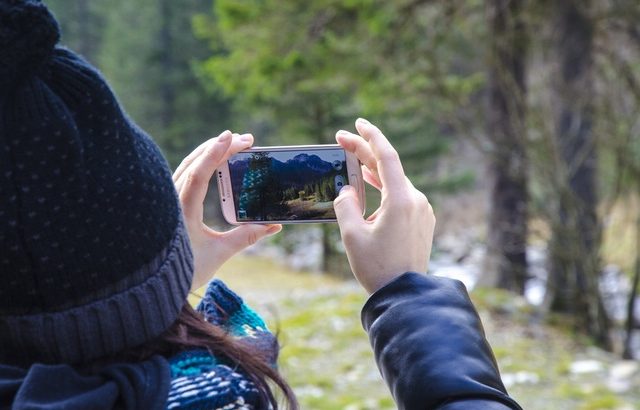 Headphones (or head-phones in the early days of telephony and radio) are a pair of small listening devices that are designed to be worn on or around the head over a user’s ears. They are electroacoustic transducers, which convert an electrical signal to a corresponding sound in the user’s ear. Headphones are designed to allow a single user to listen to an audio source privately, in contrast to a loudspeaker, which emits sound into the open air, for anyone nearby to hear.

Headphones are also known as earspeakers, earphones or, colloquially, cans. Circumaural and supra-aural headphones use a band over the top of the head to hold the speakers in place. The other type, known as earbuds or earphones consist of individual units that plug into the user’s ear canal. In the context of telecommunication, a headset is a combination of headphone and microphone.

Headphones either connect directly to a signal source such as an audio amplifier, radio, CD player, portable media player, mobile phone, video game consoles, electronic musical instrument, or use wireless technology such as bluetooth or FM radio. Early headphones were first used by radio pioneers (crystal sets) and also by radio telephone and telegraph operators allowing a better audio reception without disturbing others around. Initially the audio quality was mediocre and a step forward was the invention of high fidelity headphones.

Headphones are made in a range of different audio reproduction quality capabilities. Headsets designed for telephone use typically cannot reproduce sound with the high fidelity of expensive units designed for music listening by audiophiles. Headphones that use cables typically have either a 1/4 inch or 1/8 inch phone jack for plugging the headphones into the audio source. Some new stereo earbuds are completely wireless, using Bluetooth connectivity between the 2 speakers and with the smartphone.[4] The coming iPhone 7 is said to be without Jack. As of 2015,

most headphones are amplified by a headphone amplifier, either an integrated amplifier  or a standalone unit. In the 2010s, headphones are used by people in everyday life to listen to audio material such as recorded music, podcasts, or radio shows. Headphones are also used by people in various professional contexts, such as audio engineers mixing sound for live concerts or sound recordings and DJs, who use headphones to cue up the next song they will play without the audience hearing, aircraft pilots and call center employees. The latter two types of employees use headphones with an integrated microphone.
Headphones originated from the earpiece, and were the only way to listen to electrical audio signals before amplifiers were developed. The first truly successful set was developed in 1910 by Nathaniel Baldwin, who made them by hand in his kitchen and sold them to the United States Navy.